“What I saw…persuaded me that (he) was the victim of innate and incurable disorder. I might give alms to his body; but his body did not pain him; it was his soul that suffered, and his soul I could not reach.”
 Herman Melville, “Bartleby the Scrivener,” 1851.

So concludes the exasperated narrator of Herman Melville’s 1851 short story, “Bartleby the Scrivener,” of the most recent hire in his Wall Street law office: a determined scrivener who is bent on not bending, on not succumbing to his employer’s requests that he do the job for which he was hired, or at least the job for which the employer assumes he was hired. Instead, Bartleby, with increasing frequency if not urgency, demurs, explaining simply that he “would prefer not to.”

“I am a rather elderly man. The nature of my avocations for the last thirty years has brought me into more than ordinary contact with what would seem an interesting and somewhat singular set of men, of whom as yet nothing that I know of has ever been written: -- I mean the law-copyists, or scriveners. I have known very many of them, professionally and privately, and if I pleased, could relate divers histories, at which good-natured gentlemen might smile, and sentimental souls might weep. But I waive the biographies of all other scriveners for a few passages in the life of Bartleby, who was a scrivener the strangest I ever saw or heard of.”

On the surface, “Bartleby” appears to be a straightforward tale. The narrator, who remains unnamed throughout, is an attorney who deals in the property matters of his wealthy clients. “I am a man who from his youth upward, has been filled with a profound conviction that the easiest way of life is the best.” He enjoys the privileges his societal position provides him and bathes in the good opinion of those of high standing with whom he’s come in contact through the course of his profession. When the story opens he employs two scriveners, Turkey and Nippers, who each suffer in their own way and whose suffering is invisible to the narrator. Turkey manages to endure the drudgery of his job by imbibing heavily during his lunch break, to the point where his work in the afternoon suffers. Nippers’s suffering is more visceral – the never-ending copying on a table of the wrong height has damaged his back to the point where he labors in constant pain. To this crew comes Bartleby, who is hired due to an increase in the employer’s workload. Bartleby is assigned a work space in a corner near the employer, so he can be at his beck and call. His workspace faces a window that “commanded at present no view at all, though it gave some light.” To this, the employer further segregates Bartleby by placing between him and Bartleby “a high green folding screen, which might entirely isolate Bartleby from my sight, though not remove him from my voice. And thus, in a manner, privacy and society were conjoined.”

At first Bartleby is prodigious in his work but nevertheless manages to pique his employer due to the fact that while he is industrious, he is not “cheerfully industrious.” Instead, “he wrote on, silently, palely, mechanically.” Soon, Bartleby’s industriousness, cheerless as it is, begins to decrease. “It was on the third day, I think, of his being with me, and before any necessity had arisen for having his own writing examined, that, being much hurried to complete a small affair I had in hand, I abruptly called to Bartleby. In my haste and natural expectancy of instant compliance, I sat with my head bent over the original on my desk, and my right hand sideways, and somewhat nervously extended with the copy, so that immediately upon emerging from his retreat, Bartleby might snatch and proceed to business without the slightest delay….Imagine my surprise, nay, my consternation, when without moving from his privacy, Bartleby in a singularly mild, firm voice, replied, ‘I would prefer not to.’”

A few days later, Bartleby begs off once again: “’Bartleby! Quick, I am waiting.’ I heard a slow scrape of his chair legs on the uncarpeted floor, and soon he appeared standing at the entrance of his hermitage. ‘What is wanted?’ said he mildly. ‘The copies, the copies,’ said I hurriedly. ‘We are going to examine them. There’ – and I held towards him [a] quadruplicate. ‘I would prefer not to,’ he said, and gently disappeared behind the screen.” This confounds the narrator, who seeks clarification as well as clarity from his obstinate yet beguiling employee: “’You are decided, then, not to comply with my request – a request made according to common usage and common sense?’ He briefly gave me to understand that on that point my judgment was sound. Yes: his decision was irreversible.” Perplexed, the narrator turns to his other employees for counsel, seeking validation that it is he, not Bartleby, who is in the morally superior position. “Turkey,’ said I, “what do you think of this? Am I not right?’ ‘With submission, sir,” said Turkey, with his blandest tone, I think that you are.’ ‘Nippers,’ said I, ‘what do you think of it?’ ‘I think’” replies Nipper, “’I should kick him out of the office.’” Even the lowliest employee, Ginger Nut, the office go-fer, is summoned for his take on Bartleby’s unprecedented action: “’Ginger Nut,’ said I, willing to enlist the smallest suffrage in my behalf, ‘what do you think of it?’ ‘I think, sir, he’s a little luny,’ replied Ginger Nut, with a grin.” 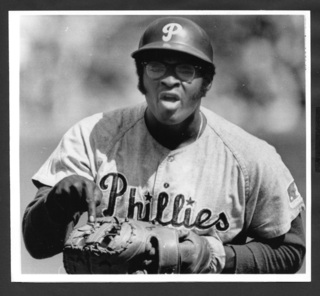